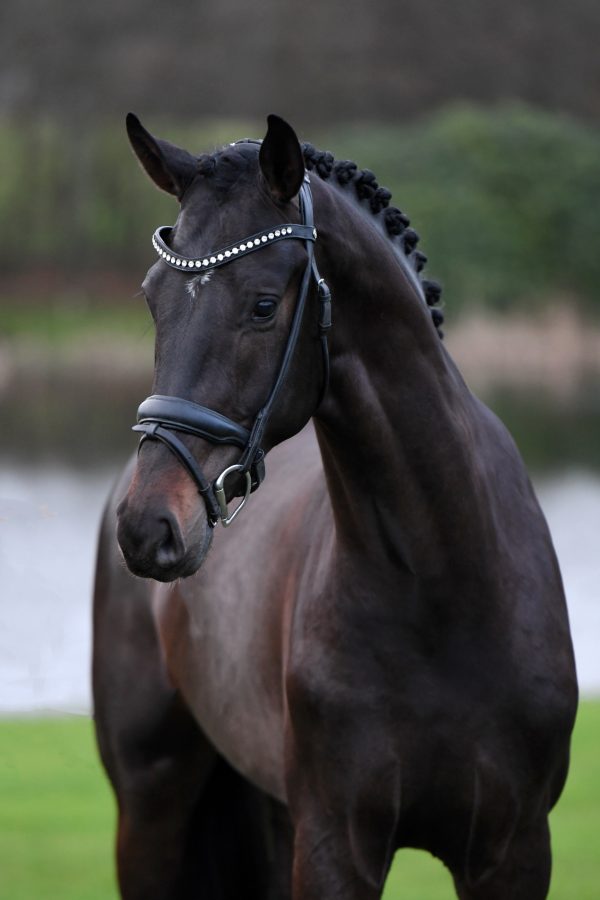 A “fantastic Reserve Champion”! The Oldenburg licensing committee were unsparing in their praise for our stallion So Perfect: This son of Sezuan presented himself majestically in movement and showed a lot of power and suppleness. The stallion was able to convince the licensing committee in all three basic paces, and his work on the lunge is particularly noteworthy.” His sire Sezuan was World Champion of the five, six and seven-year-old dressage horses and belongs, without a doubt, to the most demanded dressage stallions of the present. With his rider Dorothee Schneider, he won international competitions up to Inter I. Since then, he has been trained up to Grand Prix level with Patrik Kittel/SWE, among others. On the breeding scene, the Danish Champion Stallion, record stallion performance test winner and Danish Dressage Champion also dominates all events. He sired our two-time record stallion performance test winner Sezuan's Donnerhall, our two-time premium stallion, stallion performance test winner, German Champion and winner of the four-year-olds competition at the World Championships for Young Dressage Horses, So Unique, the Vice World Champion and German Champion of young dressage horses, Secret, and the bronze medallist at the World Championships for Young Dressage Horses, Queenparks Wendy with Andreas Helgstrand/DEN, to name just a few highlights. His dam Verb.Pr.St. Shakira is the half-sister of the licensed stallion Tout le Monde (by Totilas). Thanks to his offspring placed in Grand Prix competitions like Sai Baba Plus/Boaventure Freire/POR, Semper Fidelis/Heather Blitz/USA and Syriana/Mary Hanna/AUS, his dam sire Sir Donnerhall I is placed among the top 20 of the WBFSH ranking list of the world's best dressage sires. His grand-dam El.St. Roxana Ra is the full sister of Ronda BM/Leonie Bramall/CAN, successful up to Inter I, and half-sister of numerous dressage horses. In the third generation appears Rubinstein's blood, with his son Rohdiamant. The licensed stallion and European Championship gold medallist Weinbrand/Gina Capellmann, as well as the licensed stallions Con Amore, Saluto and San Francisco-Ra also descend from this line. So Perfect is approved in OLD WFFS negativ 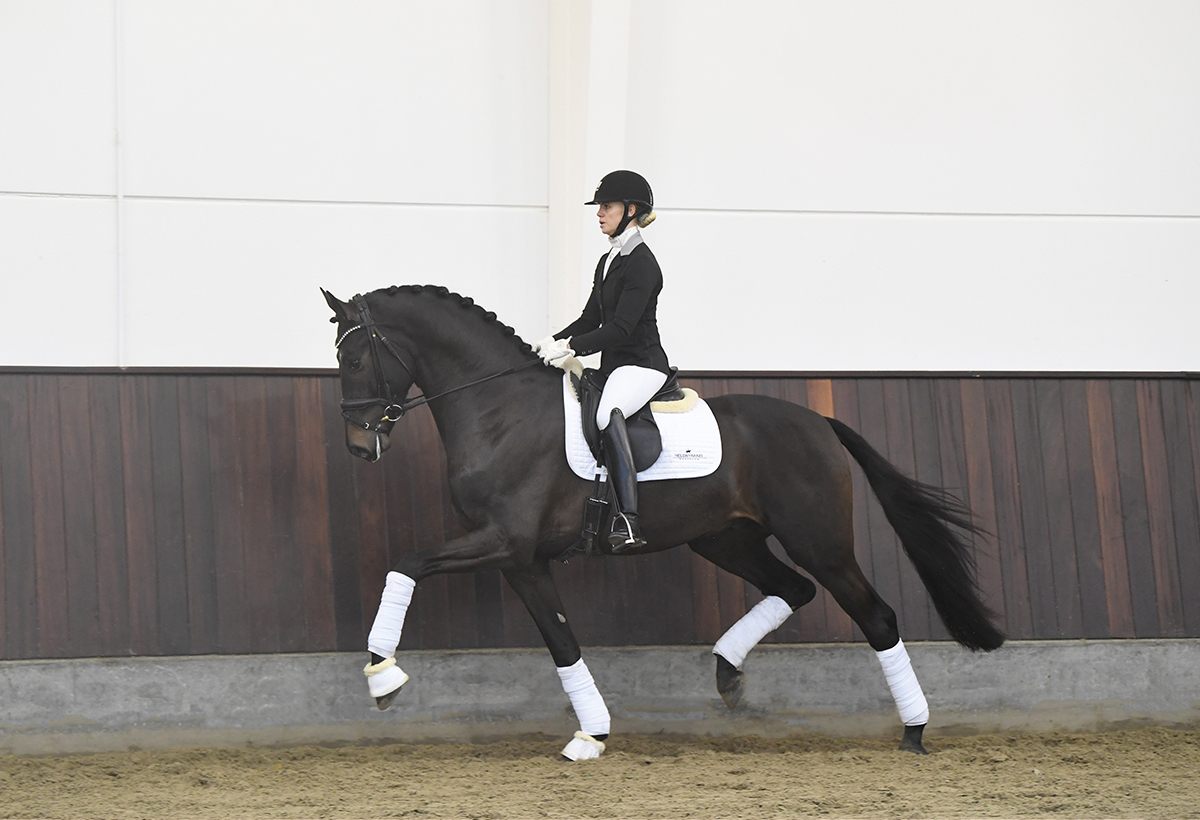